Is Snoring Detrimental To Your Overall Health?

We all know that snoring can be a tremendous nuisance, as anyone that has to live with a snorer can tell you. It most cases, it’s just that, an annoyance to one’s spouse, family members, and potentially even to neighbors if you live in an apartment with thin walls. At Hawkeye Sleep Center, we’re often asked where snoring is also detrimental to your overall health.

In most cases, the answer is no. While there could be health or safety issues if your spouse gets fed up and retaliates violently when you snore, the overwhelming majority of snoring is just an annoying noise to the people around you. However, in some cases, snoring may be an indication of a deeper health problem, or, it may cause complications.

The biggest concern is that your snoring may reveal that you’re suffering from obstructive sleep apnea, a serious condition which is more common than most people realize, with many patients not even knowing that they have it. The American Sleep Apnea Association estimates that as many as 22 million Americans suffer from sleep apnea, with as many as 80 percent of those cases left undiagnosed.

Apnea literally translates from the ancient Greek as “cessation” of breathing, and it typically means that your breathing stops periodically for a few seconds at a time while you’re sleeping. It’s cause (at least in the case of obstructive sleep apnea) by a blockage of the upper respiratory passages. In some cases, the fleshy tissue around the throat collapses, or the tongue may fall backwards into the air passage, or one’s tonsils or adenoids may have become enlarged, blocking the air flow. Regardless of the specific cause, the effects are the same. When one’s breathing stops, this is sensed by the brain, which wakes the body so that breathing can resume. This may actually occur hundreds of times a night, with the interruptions in sleep so brief that you may not even notice it.

There may not be any health complications initially, which is part of the reason that sleep apnea often goes undiagnosed. Due to the lack of restful sleep, you may notice symptoms associated with insomnia or generally insufficient rest. These may include, lack of focus at work, or when driving, a generally weakened immune system, and depression or anxiety (both of which seem to be magnified by lack of sleep).

More importantly, there are a number of health risks that are associated with obstructive sleep apnea. There is a definitely correlation between sleep apnea and hypertension (high blood pressure), as well as a link to other conditions, including, heart disease, heart attack, strokes, and diabetes. This is definitely something that you do not want to leave untreated. If you have any of the symptoms of sleep apnea, please look into treatment options as soon as possible. 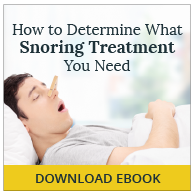 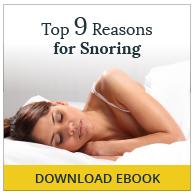